On this tour, you’ll get to see the unrestored Beng Mealea temple. Along the way, you’ll stop to see some local villages and learn about Kralan, a sweet sticky rice cake. We’ll also stop at a small river which was an ancient sandstone quarry. 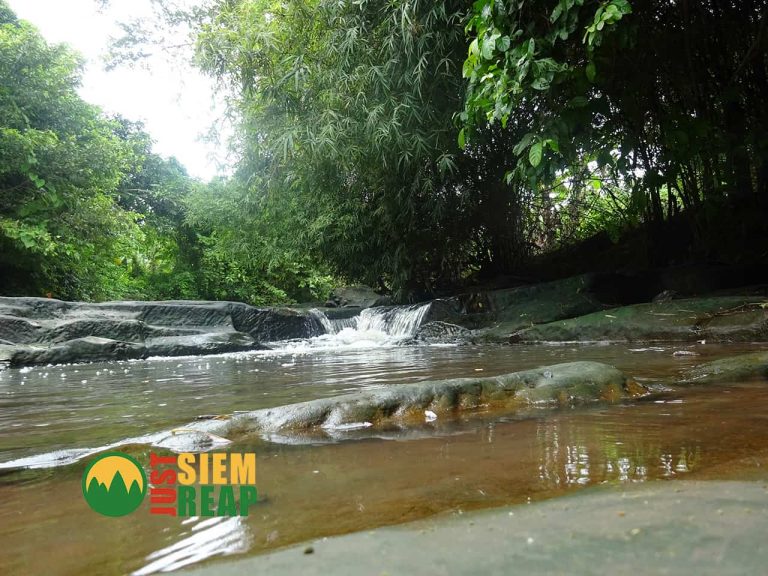 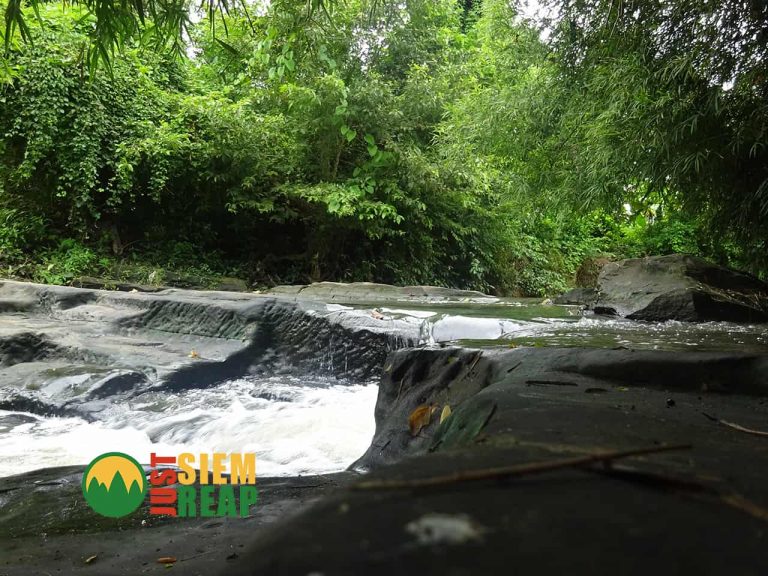 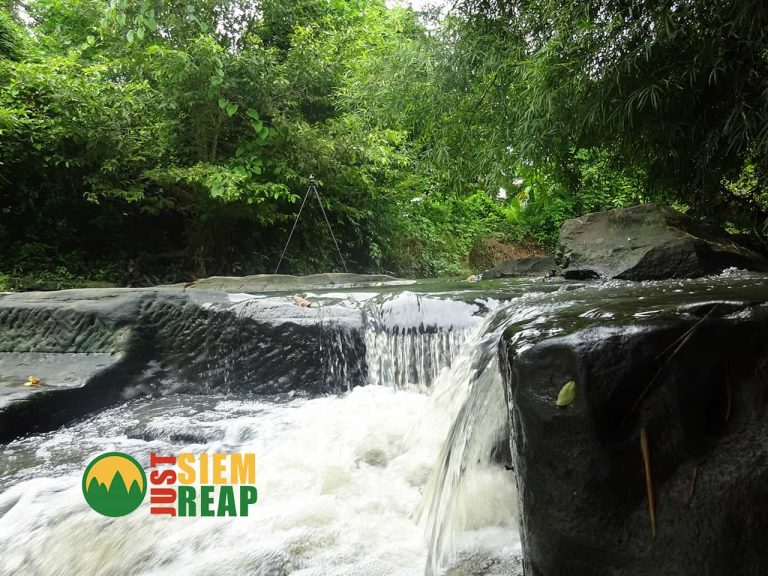 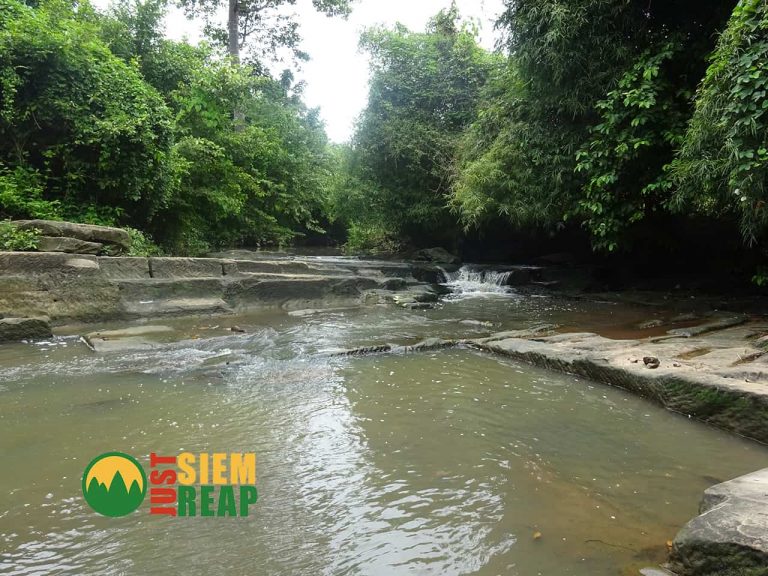 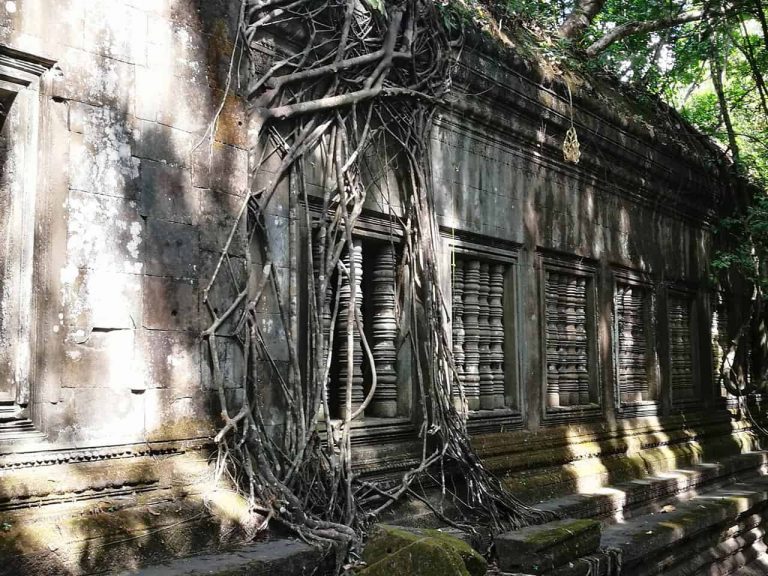 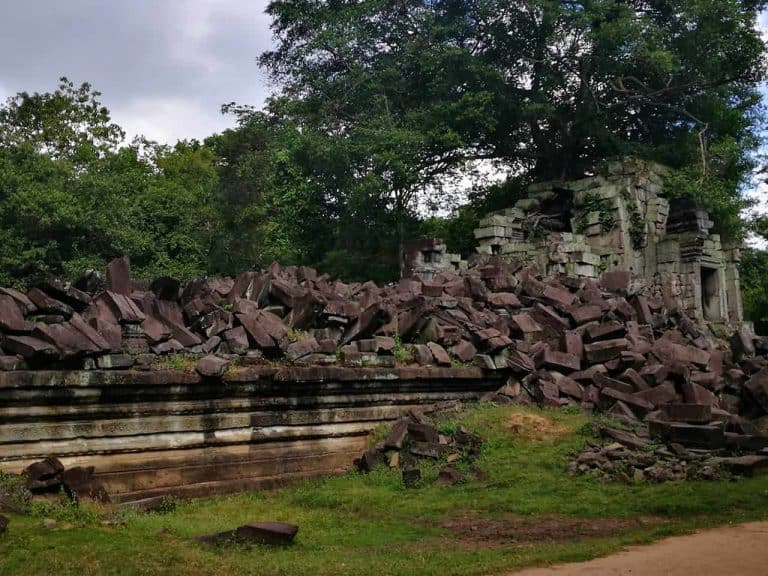 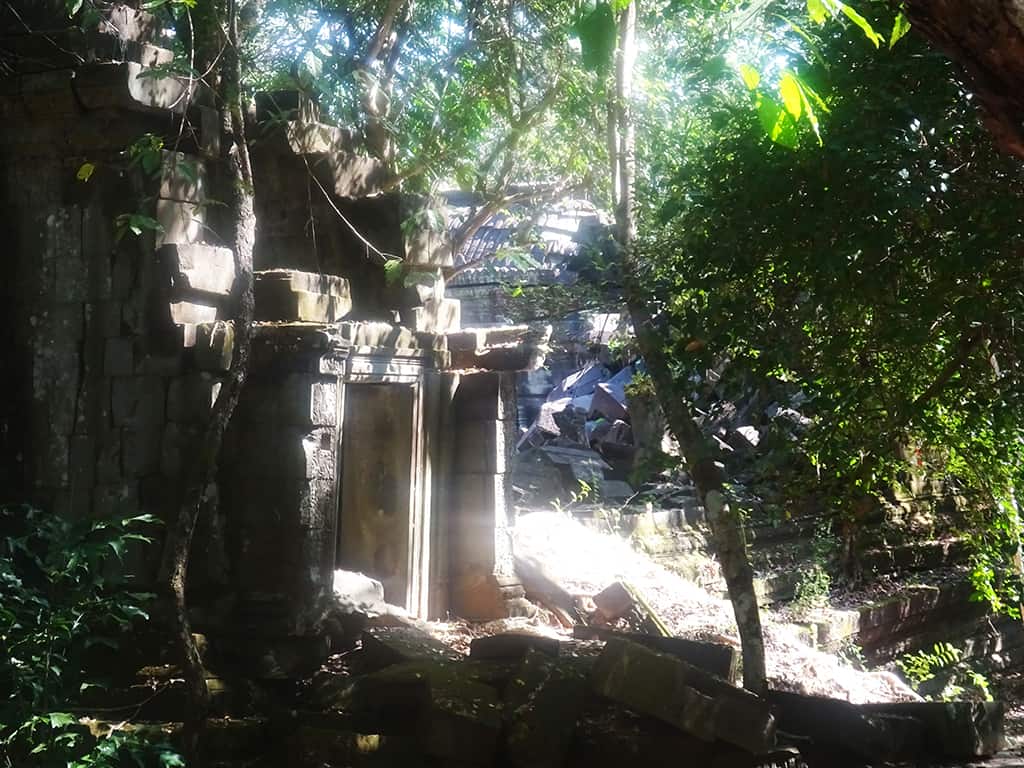 We’ll start this tour around 8 o’clock in the morning when you’ve finished your breakfast. The tour will take you to Beng Mealea which is around 65km from Siem Reap town.

Along the way, we’ll stop at a small local village where you can learn about a local dish called Kralan. This sticky rice cake is a traditional Cambodian food which is made from sticky rice, red beans, sugar and coconut milk. It’s then cooked (roasted) inside bamboo over a fire. The cake is popular in Cambodia and is eaten every day whatever the occasion. There are also similar cakes (with similar names) made in Thailand and Laos, each with their own distinct taste.

We’ll also stop at a nearby river which was once used as sandstone quarry. You can see where the ancient Khmer cut out sections of the sandstone which was used to build some of the ancient Angkor temples.

The tour will then continue on to Beng Mealea temple. This unrestored jungle temple is becoming more popular with tourists who want to see more than just the temples at Angkor Wat. Although it’s only around 60km from Siem Reap, the distance does put most people off and it’s much quieter than the temples in the Angkor Park.

It’s thought that Beng Mealea was built around the same time as Angkor Wat. The style of the temple is very similar to Angkor War and many of the carvings look very similar. The temple was also dedicated to the Hindu god, Vishnu (just like Angkor Wat) when many temples were dedicated to Shiva.

After exploring Beng Mealea, we’ll start the hour and a half journey back to Siem Reap where you will be dropped back to your hotel.

Other popular Beng Mealea tours include:

If you’re looking to combine this tour with another tour, then you might want to consider a tour of Angkor Wat for the first day.