We’ll start this tour with Ta Prohm to avoid the large crowds which gather later in the day. We’ll enter via the north gate and walk through the jungle to the famous Tomb Raider temple. We’ll then explore the ruins of Ta Nei which are in a very quiet and isolated part of the Angkor Park. Then we’ll finish the morning with visits to Preah Palilay, Phimeanakas, Baphuon and Bayon. After lunch, we’ll spend the afternoon exploring Angkor Wat. 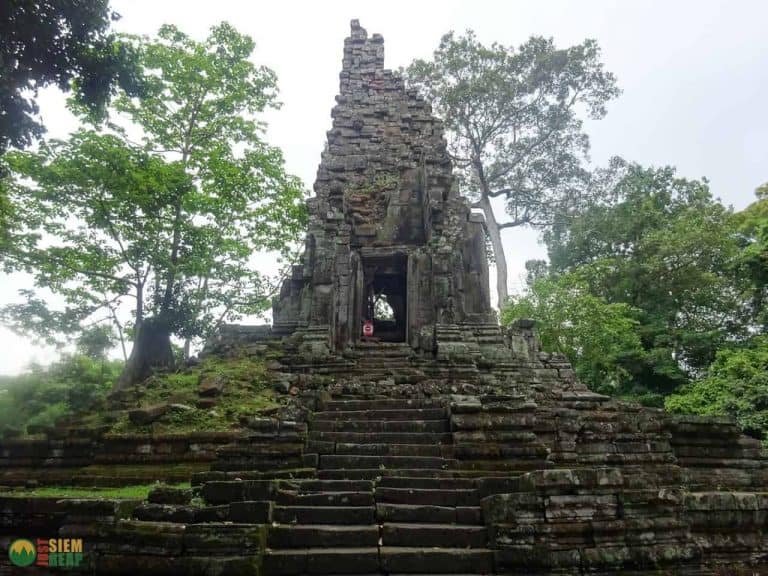 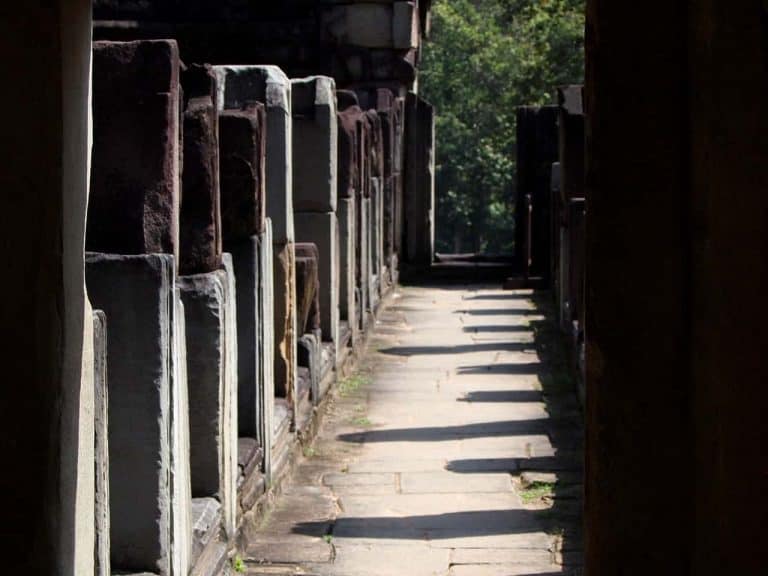 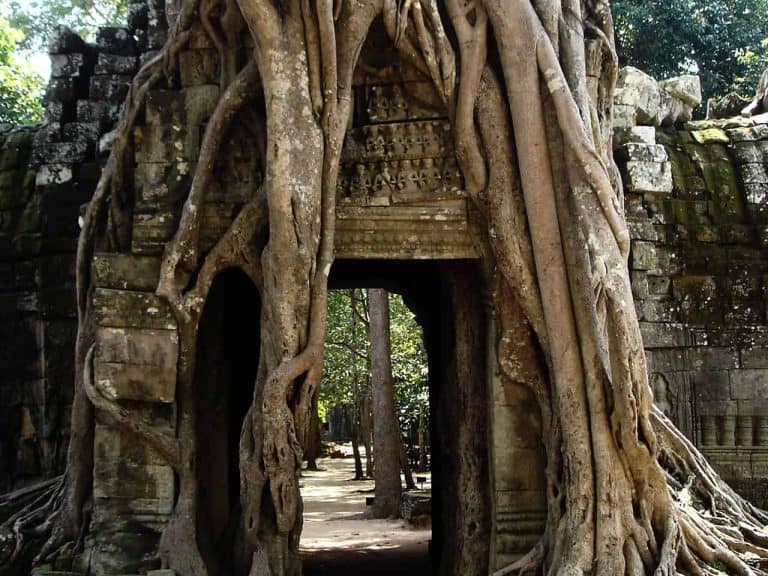 Only tuk tuks are available for this tour. 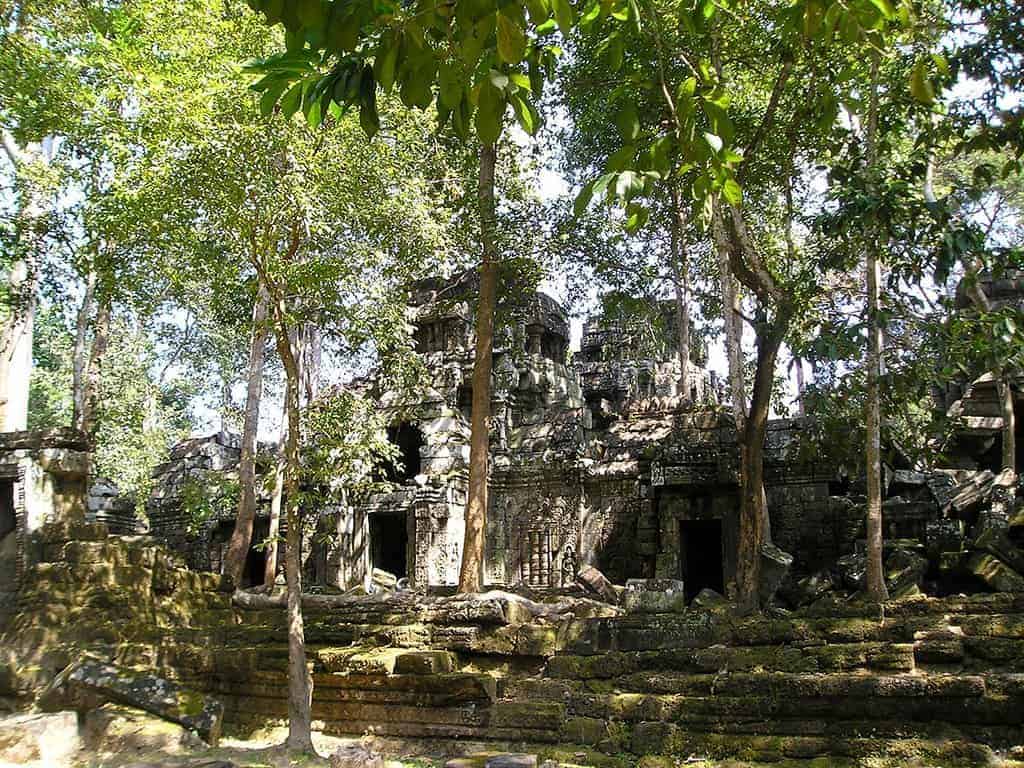 We’ll start this tour around 7:30 in the morning after you’ve had breakfast. We’ll then make our way to the ticket office to buy your Angkor Pass and then continue to the Angkor Park along the Apsara Road. Instead of heading directly to Angkor Wat like most tours do, we’ll go to Ta Prohm. This will help us to avoid the large crowds and enjoy a much quieter experience. We’ll go to the north entrance of Ta Prohm and walk through the jungles to get to the famous Tomb Raider temple.

The Tomb Raider movie starring Angelina  Jolie was mostly filmed on located at Ta Prohm temple and this is why it’s one of the most popular temples in the park. You can also do a quick “treasure hunt” and go and find the famous “stegosaurus” carving. Some people believe that the ancient Khmer had seen or experienced dinosaurs which adds even more mystery to an already mysterious temple.

Next, we’ll head over to Ta Nei temple which is a set of ruins which will really make you feel like an explorer! This isolated temple is surrounded by thick jungle and is often overlooked by tourists. It’s a 12th century temple built during the reign of King Jayavarman VII which appears to have been left unfinished.

Preah Palilay is next on the list. This small Buddhist temple is near the Royal Pace in Angkor Thom, but is in a heavily wooded area. We’ll then walk over to Phimeanakas and Baphuon. These two temples are popular and often included on the Angkor Wat Small Circuit.

To finished the morning, we’ll visit the very popular Bayon temple. Here, you will see the 200 plus smiling faces looking down on you from the towers of this majestic temple. You can explore all the nooks and crannies before we stop for lunch.

For lunch, we’ll take you to Prasat Neang Pov which is a local restaurant located just outside the Angkor Park on the way to the airport. Alternatively, we can stop at any restaurant of your choice in the Angkor Park.

In the afternoon, we’ll head over to Angkor Wat. Here, we’ll explore the temple from the quiet East Gate (most guests enter from the main west gate) and explore the vast grounds in reverse order. This will help us to avoid the large crowds as much as possible.

This tour is great for guests who want to do something a little different than just following the main tourist trails. We will visit the popular temples in the Angkor Park, but we will visit them in a different way than most. We will also include a few of the lesser-known temples which will really give you the feeling of getting off the beaten track without going to far from Siem Reap.

If you don’t have time to really get off the beaten track and see some of the remote temples in Cambodia, but you want do something different, then this is the tour for you.

Each person will require a one-day temple pass. The cost of the pass is $37 per person. Read more about the Angkor Wat Pass. If you are combining this tour with another tour of the temples, then you’ll need a 3-day pass.

If you require transport and not a tour guide, or you want to add Angkor Wat to the itinerary, please contact us using the booking form and we’ll be able to provide prices for you.

Other popular tours of Angkor Wat include: