Phnom Kulen National Park is home to Kulen Mountain which translates to “Mountain of the Lychees” in English. This mountain range is just south of the Dangrek mountain range and is about 40kn in length.

The national park is about 50km from Siem Reap town and is a popular place for both visitors and tourists. Phnom Kulen is considered to be a sacred site by most Cambodians and many Buddhist and Hindus come to make a pilgrimage to the mountain. For everybody else, they come to see the waterfall, the reclining Buddha statue and the River of a Thousand Lingas. 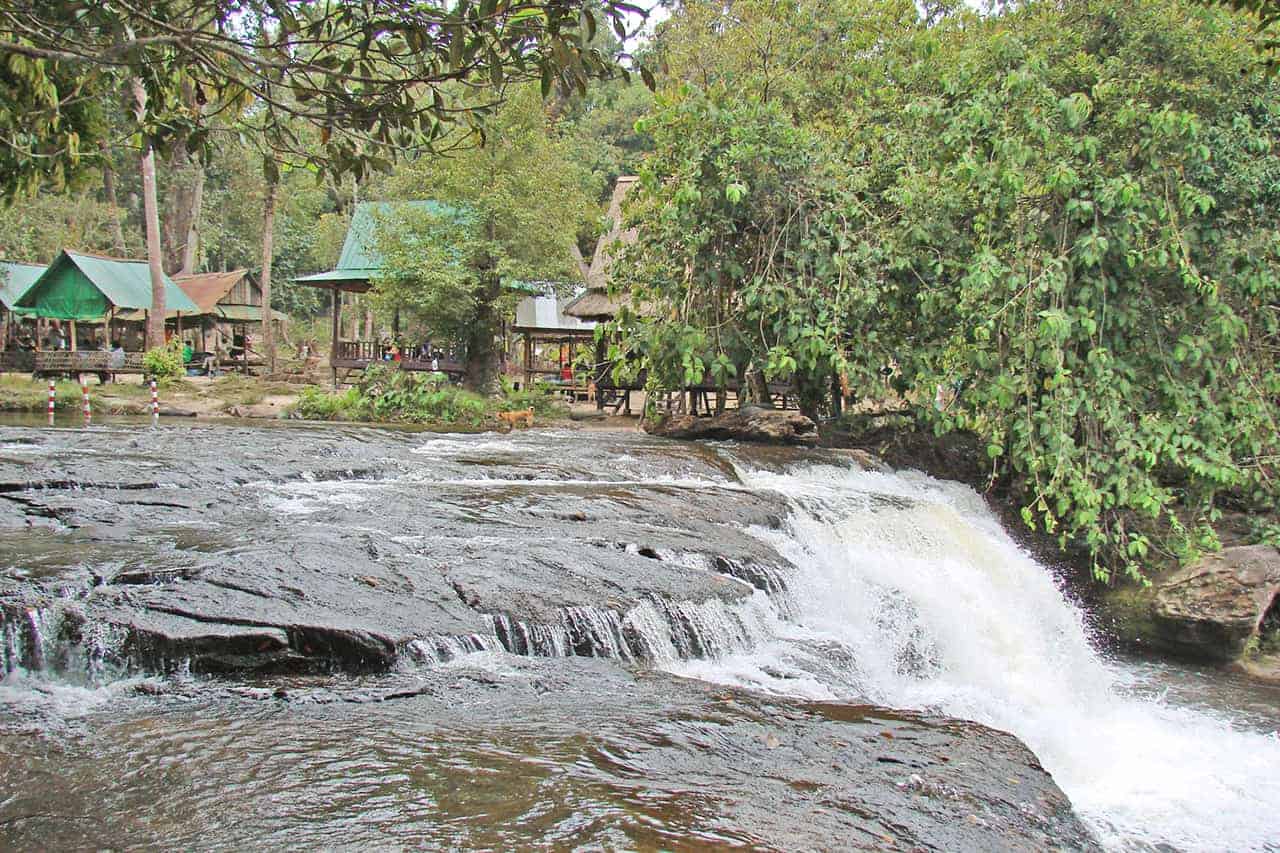 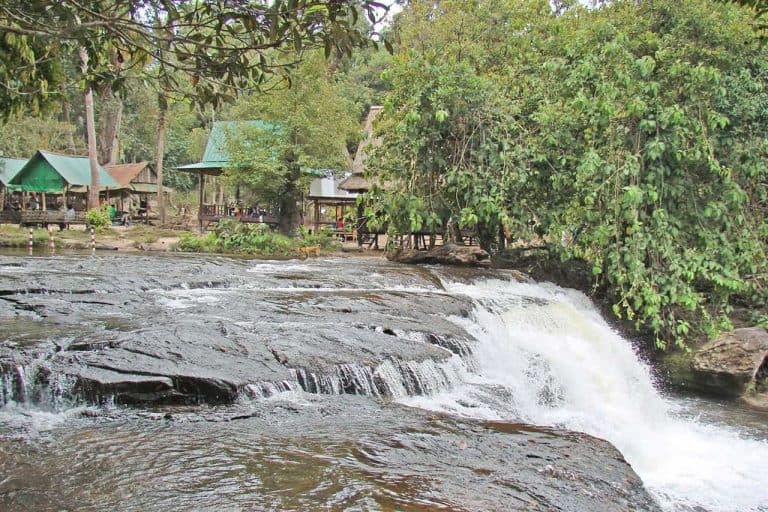 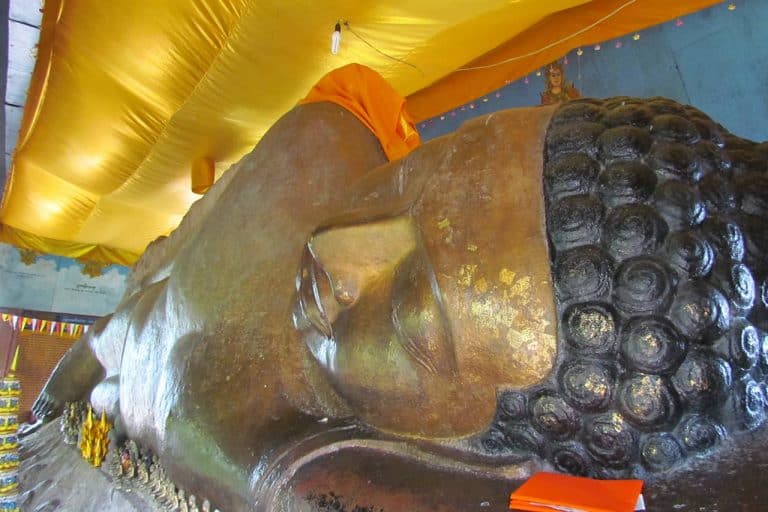 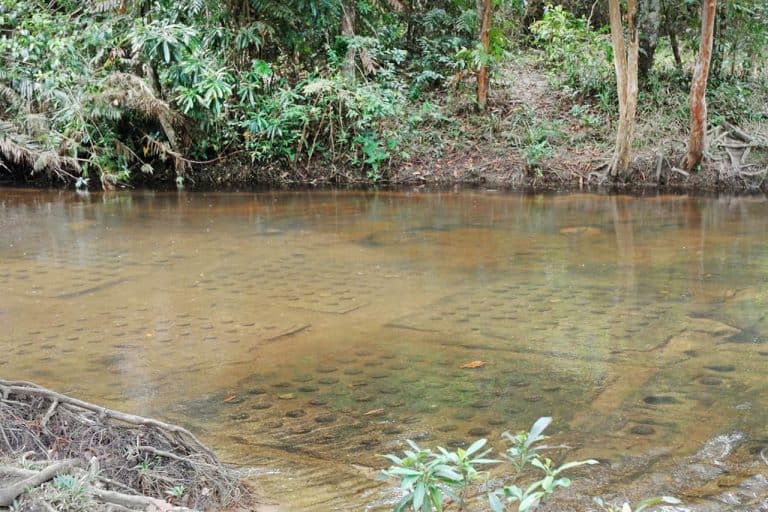 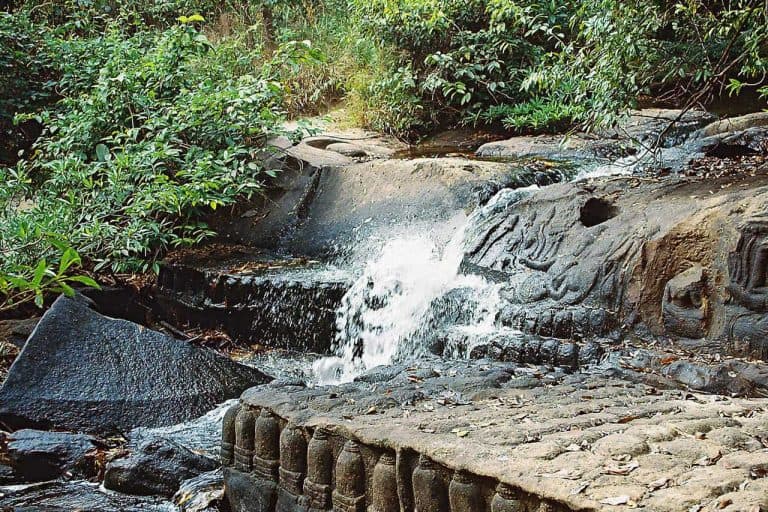 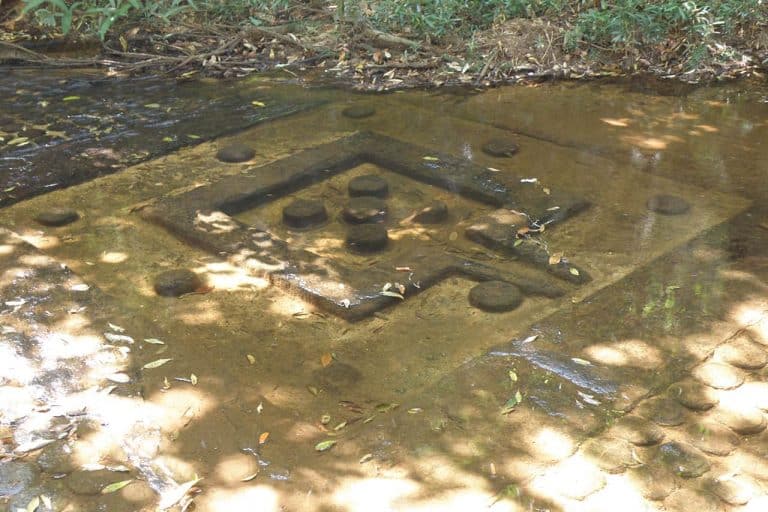 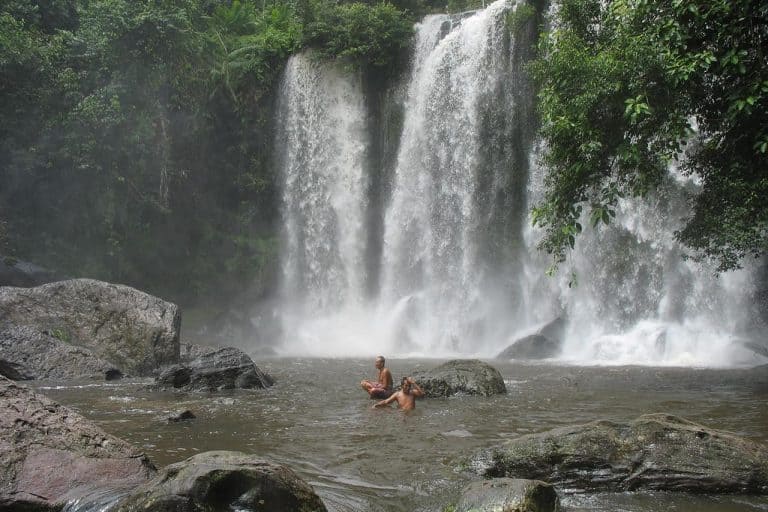 Phnom Kulen is a popular place to visit and many Cambodians will take family trips to spend time here. There are many things to see and do to make it worth spending a full day on the mountain.

Most people come to swim in the river which forms the Kulen Waterfall. There are two waterfalls here. The first is around 25m wide and 5m tall. The second is about 15m tall and 15m wide. The sizes of the waterfalls will change depending on the season. There will be much more water during the rainy season, but it’s still worth visiting in the dry season. 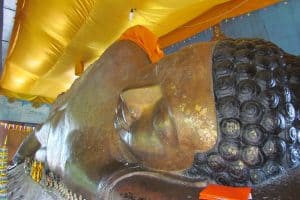 The Buddhist pagoda here called Preah Ang Thom is home to the largest reclining Buddha statue in Cambodia. The temple was built in the 16th century and is a sacred spot for worshipping the god of the mountain. There are also two large Cham Pa trees near the temple.

In the Kbal Spean river, you can see the “River of a Thousand Lingas”. Here you will see some very ornate carvings of lingams – the phallic symbol of Shiva. You will also see some motifs of animals and other Hindu gods such as Shiva, Vishnu, Brahma, Lakshmi, Hanuman and Rama.

If you’re feeling adventurous, you can take a motorcycle ride and a long walk to get to Sra Damrei which means the “Elephant Pond” in English. Here you will see a life-size stone elephant which was once the “guardian” of the mountain. There are also smaller stone statues of lions, a frog and a cow.

If you want to trek further into the jungles, you can also see the bat cave. You can go inside the cave for a few hundred metres and you will a shrine. This is where most people come to make their pilgrimage.

To get to Phnom Kulen, you should take the road to Banteay Srei. You can either take Road 67 which goes past the Butterfly Centre and the Landmine Museum or you can take Road 66. Just before you reach Banteay Srei, turn right and follow the road to the entrance of the Phnom Kulen National Park. Here you can buy your tickets or show the tickets you already bought in Siem Reap.

From here, it’s around another 20 minutes of driving to reach the top of the mountain. The views from this mountain road are fantastic. If you’re into hiking, you can walk up to the top. It takes around 2 hours. But remember, you have to walk back down again, so you should leave plenty of time.

There are many tours which you can take to Phnom Kulen. Most Kulen mountain tours will take you to see the popular sites including the waterfalls, the reclining Buddha and the River of the Thousand Lingas.

If you want to get off the beaten track and trek in the jungles exploring the caves and other places such as the Elephant Pond, then you can take a trekking tour Kulen Mountain.

Many guests tend to combine a half day visit with Kulen mountain with other attractions in the area such as Banteay Srei, the Landmine Museum and the Butterfly Centre. There are many options, and it would be best to discuss it with a professional tour guide.

Our popular tours of Phnom Kulen include: 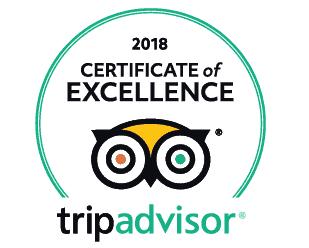 There are only a few home stays in the local area and it is possible to go camping in some parts. However, most guests will find accommodation in Siem Reap town and make the journey out to Phnom Kulen. You will find many hotels in Siem Reap town from small guest houses all the way to large resorts.

Most People visit Kulen Mountain to see the idyllic waterfalls which are surrounded by dense jungle. You can spend the time having something to eat and swimming in the cool water. You can also see the largest reclining Buddha anywhere in Cambodia. Phnom Kulen has become of the most popular attractions in Siem Reap and if you get the chance you should definitely make the trip to come and see the mountain range. The long journey is definitely worth it.

Phnom Kulen is a significant as it is considered to be the birthplace of the Khmer Empire. King Jayavarman II declared Cambodian independent from Java in 802 A.D. Here, he created the Devaraja – or the God King in which he was the first king of Cambodia. At the time, the mountain was called Mahendraparvata or the Mountain of Indra, a Buddhist and Hindu deity.

The mountain also served as the quarry which produced the sandstone which was used to build some of the great temples of Angkor.

More recently, Kulen Moutain was the last stronghold of the Khmer Rouge when their time in power came to an abrupt end in 1979. They stayed active in the area until the 1990s.

Nowadays, Phnom Kulen is a popular tourist attraction which welcomes thousands of local and international visitors each month.